I have discovered that I elicit three types of responses when I say that Shakespearean plays are some of the greatest, worldliest and most touching works of literature in existence.

The first reaction is that of indifference, which I can accept. The second is a glorious combination of near-hyperventilating enthusiasm, minutes of furious discussion about favorite plays, lines, and characters, and subsequent exclamations of “where-have-you-been-all-my-life?”

I find the third reaction, however, a bit troubling. This particular response is a bubbly laugh accompanied by “Shakespeare? Why Shakespeare instead of something more appealing, like Harry Pottuh?”

The Harry Potter books are indeed novels of lasting remembrance, mementos of childhood. This does not mean in any way that Harry Potter is intended for children, as one could make quite a vigorous argument otherwise. No, I mean that it could have been the story of The Boy Who Lived that created interest in reading for many of this generation, introduced a world that was so far-fetched yet still contained familiar elements of reality to serve as a bridge for believability (like family, nerve, and that chemistry professor you despise with all your heart), and perhaps rewarded a kid with glasses of her own after toiling nights away flashlight in hand.

But Shakespeare is so much more.

There is sound reasoning behind this. Exquisite prose, plot, and numberless philosophical implications aside, Shakespearean plays serve as absorbing reflections of this world – is there a manifestation of a conflicted individual like Hamlet or feminist personas like Beatrice, Viola, or Ophelia?  This is not only so in a mimetic aspect but also in a personal one: the plays serve as mirrors for the readers themselves. For if there is anything unique about Shakespeare, it’s that his characters seem at times both larger and realer than life. How you perceive them can indicate what kind of person you are. For example, if you were to judge Lady Macbeth as a simple murderer, such description would be more telling of you than of her. Individual perception of Shakespeare reflects our own characters, indicative of the value the plays hold in English literature.

One could say that this is a trait that all renowned characters of literature share, but I believe Shakespearean roles take it to a higher degree. As a mere freshman, I am admittedly not as knowledgeable as many in the field, but for me, the roles have always seemed to be heavier, more loaded with intricacies pertaining to personality, will, societal custom, gender, hierarchy – it would take ages to list all the fine layers of a Shakespearean character.

In essence, such uncertainties take part in the very beauty of literary analysis. The other day I was asked about the frustrating element of literature, the fact that there never seems to be a clear answer. But if literature is the study of the joys, sufferings, endurance of living in all intricacies, has life ever given a clear-cut answer?

“But Shakespeare is outdated and irrelevant.” Eyeball, Skim Milk, Obscene, Epileptic, Wormhole, and Alligator are whimsical examples of the vast collection of words in English that are of Shakespeare’s invention. Indeed, without Shakespeare, we wouldn’t have the language we so use today. Even Sherlock Holmes would have to accredit “The game is afoot!” to Henry IV.

“He’s wordy.” Wordiness is subjective. And if anything, the intricacy in detail and delicate phrasings serve testament to insightful perception and expert skill in translating raw experience into written word and can only communicate a most profound admiration for all things in nature.

“The translations of certain words on the other side of the page make it seem like reading a foreign language.” This can definitely be a drawback for some, but there is an underlying history and culture that needs to be taken in context, an attention that applies to all texts of note in any field. Essentially, it is minutes of attention paid to Elizabethan-era lexicon versus missing out on an enchanting (or occasionally lewd) aspect of the story: you have got to choose your battles.

“I don’t really care about it.” You are not alone. Voltaire called the plays an “enormous dunghill,” and Tolstoy believed them “crude, immoral, vulgar, and senseless;” Tolkien stated he “disliked cordially” Shakespeare during his English literature studies. Powerfully, Irish playwright George Bernard Shaw claimed, “There is no eminent writer, not even Sir Walter Scott, whom I despise so entirely as I despise Shakespeare. It would be positively a relief to me to dig him up and throw stones at him.”

But not everyone seems to think so. Benedict Cumberbatch, who plays the eponymous hero of BBC’s Sherlock, will play Hamlet on the London stage in the autumn of 2014. Tom Hiddleston brings Loki fans to Shakespeare in his portrayal of Hal in PBS’s The Hollow Crown, a single chronological narrative of Richard II, Henry IV, Parts I & II, and Henry V. True, their audiences may be composed more of Hiddlestoners and Cumberbitches than Shakespeare enthusiasts, but it all boils down to the fact that Shakespeare isn’t an outmoded author and that there is a reason why theatrical performances, analytical papers, and constant cultural references of his plays exist. And though it is not intended for a universal liking, those who possess an appreciation for the writing can attest  to its cultural, literary, philosophical, and definitely useful significance.

These plays unravel majestic stories featuring murder, treachery, mistaken identities, feminism, gloriously witty banter, homosexual undertones, quests to attain the unattainable, family dynamics, expectations and an admirable defiance of them. They are fictional tales that nevertheless bestow relevant and discerning insight into problems of reality, works that cannot be described as anything other than the canonical sublime of literature. The worth of being exposed to Shakespeare is simply inestimable and kindles a knowledge that is of value in any academic atmosphere, a truth about which the audience will be forced to take note. 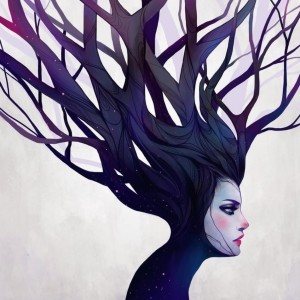