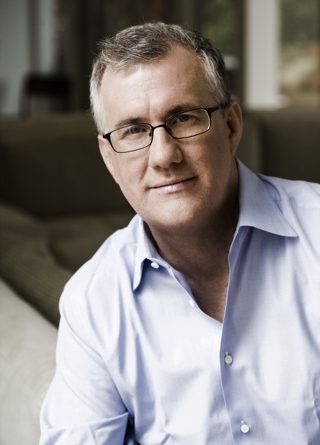 As Part of The Film and Media Department’s Friday Symposium on the future of visual media, David Linde `82, former president of Focus Features and Chairman of Universal spoke this past Thursday night in Sci 101 about the economic future of the film industry and his new production company, Lava Bear.   The Phoenix’s Taylor Hodges caught up with Linde to learn more about the Swattie’s illustrious career and his thoughts on the future of film.

Q: What advice do you wish you’d received when beginning a career in film?

A: I was fortunate in that I worked for some very supportive and inclusive people in my first few jobs. In retrospect, their willingness to let me take part in their work was the best advice I could have received. I try my best to do the same.

Q: What do you consider your luckiest break in your career?

A: Undoubtedly, working at Miramax. It was an intense, sometimes exhausting but really thrilling place to work. Before my 6 years there, I was always a hard working employee whose job it was to affect and improve upon specific things. At Miramax, you  had to stand up for your opinions but you were given the chance to truly make things happen. I  left there able to run things myself.

Q: The last few decades have been kind of a golden age for independent film and independent filmmakers.  As the commercial structure of the film industry shuffles and restructures, how do you think the independent sphere will be affected?

A: Independent is, of course, a very broad definition. The latest James Bond film is an independent film, just as is the lovely but rather smaller “Safety Not Guaranteed.” Both succeed commercially and artistically, but in different ways. At a moment when the Studios are reducing production, as long as access to distribution continues, opportunities should continue to exist, and probably grow. But if access to distribution somehow is compromised, for instance by increasing in cost, then there could be real issues. For the moment, the existence of a growing overseas marketplace allows for independent (and major films for that matter) to harness advancing technology to reach audience via theaters but also in myriad other ways, expanding any film’s reach when other more traditional outlets are reducing in effectiveness.

Q: As you touched on in your talk last Thursday night, Netflix has become a titan in the film industry, and not in an entirely positive way for film studios.  Do you think the company will continue to have such a large presence in the marketplace and such a big role in consumer consumption?

A: Netflix is a company built on the subscription model, which they share with companies as perhaps seemingly different as HBO and Amazon. “The consumer” has clearly embraced this model and increasingly prefers it to a direct, purchase-to-own, model. Subscription-based companies continue to increase their investment in content and until that were to slow down, we can expect them to maintain an important presence.

Q: You spent lots of time during your talk last Thursday night talking about predicted future directions for the film industry.  So far in your career, have you seen predictions for the industry’s direction that never came to be?

A: There are always lots of grand ideas that never materialize and the film business has remained pretty locked into its specific distribution patterns, with a few very timely additions (VHS, Pay Television, DVD, Netflix, etc.) But with digital technology advancing so quickly, and audience’s preferences with it, change is coming. Faster in some places than others, but it’s still coming.

Q: In the future, what sector of film revenue do you think will have the most potential for growth?

A: In the short-term, certainly the overseas theatrical business in the emerging markets and video-on demand and subscription servicing in the global home entertainment arena.

Q: What advice would you give to current Swarthmore students looking to break into the film industry today?

A: I would recommend trying any way to get a foot in the industry and try and experience whatever aspect of the business you’re interested in. Each experience will lead to others. These days Swarthmore offers more opportunities to educate yourself about film as an undergraduate, but there’s little training that will teach you the trade like what you’ll get firsthand. Jump on in.

Considering its relatively small student population, Swarthmore treats students to a broad range of daily dining options that are generally