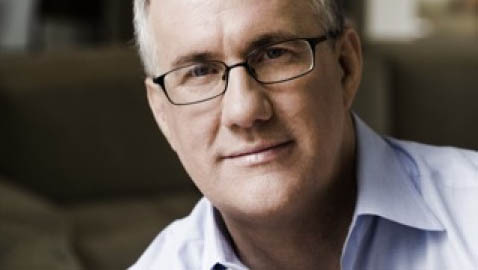 The “Visualizing Media Futures” symposium brought various artists to lecture students and faculty about new technologies and ideas related to digital media. The Film and Media Studies department created the event in collaboration with JB Davis ’92 of the Center for New Cinema in Seattle and the Institute for the Liberal Arts at Swarthmore.

Film and Media Studies Department Chair Patty White said that those involved with the project were interested in sharing ideas and promoting scholarly pursuit in digital media with the same energy and commitment as film schools. The event, publicized largely to Film and Media Studies students, took place last Thursday and Friday.

Though not as specialized as such institutions, White said liberal arts institutions have something unique to contribute to this emerging dialogue. “The liberal arts are interdisciplinary just by the way they are lived and taught,” she said. “So I think that we could certainly be less commercially and industrially oriented in terms of using new technology, but we could also get ideas and expertise from disciplines that might otherwise be segmented.” Conversations throughout this symposium highlighted how the structure of a liberal arts college can complement the multifaceted nature of new developments in contemporary digital media.

The symposium’s keynote speaker was producer and CEO of Lava Bear Films David Linde ’82. Linde’s work as a producer has included Crouching Tiger Hidden Dragon, Biutiful, and Y Tu Mamá También. He has also worked as the president of Focus Features and chairman of Universal Pictures. Linde first got involved with film when he received $500 from the College to make two movies satirizing James Bond during his time at Swarthmore.

In Linde’s talk “How Entertainment is Changing, and What Cinema Could Look and Feel Like 20 Years from Now,” he discussed how the pressure to be cost-efficient in filmmaking can affect the extent to which new technologies and methods of storytelling in the movies are promoted. Due to a variety of factors including drops in the DVD business and the rise of movie theater tickets, Netflix, and pirated movie streaming, the studio marketing cost of movies have become more expensive, particularly in the United States. As a result, there are less people going to movie theaters and there has been a reduction in the amount of movies producers make.

In Linde’s career, however, financial pressure has not compromised his own openness to the pursuit of new ideas in films. In an interview, Linde said he strove to be original, particularly in his effort to get involved with international filmmaking before it was a trend in the American movie business. “Nobody really believed in it with the exception of the people we partnered with in that movie,” he said, referring to his work on Crouching Tiger Hidden Dragon.

“People actually embraced it after everyone else told us that we were insane. That was an incredibly satisfying experience,” Linde said. In an industry dictated by box office success, his success in challenging trends has proven that being original can still work within the business.

Although Linde has had success in this vein, he believes that the current movie business has not cultivated an overall culture of innovativeness. “Audiences are becoming bored,” he said. “They are less interested in the amount of movies they used to be.”

Other speakers were also enthusiastic about contributing to the discussion of advances in digital media. Some speakers illuminated artistic projects within non-film components of digital media. Philomène Longpré  discussed video games she has programmed in her talk, “Video Screen as Matrix of Sensations: A Multisensory Approach to the Artistic Development of Responsive Video Membranes.” These projects trigger emotional stages and behavior and have experimented with the interactivity in video screens, which involve the physical and virtual world working together. In this medium, viewers trigger sensory responses in figures on a screen, or what Longpré calls a “video membrane.”

In his talk “Media Artworks as Variability Machines,” art curator Richard Rinehart talked about digital media as one form of historical record. He discussed how new technological advances have rendered representations of social memory variable and immaterial. Longpré’s and Rinehart’s explorations are just a few examples of innovations in digital media.

Film and Media Studies major Brian Huser ’13 also said that films have become more interactive as of late. “One way the digital is changing our experience of cinema is that that sense of giving oneself completely over to a movie is largely being replaced by a sense of interactivity,” he wrote in an email.

Linde also acknowledged that the technologies of films and video games have become quite similar. However, he claims that it is important to make a distinction about what is a film and what is a video game. Despite these similar technologies, Linde said that the experience we have with the two should remain separate, and that the identities of things like TV shows, video games, and movies should remain distinct from one another.

“Film happens to be one of the most commercial forms of art that there is, so it gets mixed up in this dialogue about finance and things like that. But at its heart it really needs to be identified for what it is, which is a very special medium,” Linde said. Though making clear distinctions may be becoming a thing of the past in contemporary art, Linde underscored the fact that such attachment to tradition may not be at the expense of progressiveness in new media.

Even though media industries and professionals continue to make these practical categorical distinctions, the focus of the symposium was to emphasize and promote emerging interdisciplinary and interactive ideas. Linde said that the symposium provided him an opportunity to engage with these interdisciplinary ideas. “It’s great for me to come here because I get exposed things that I don’t in my day-to-day business life. I think the thing it offers people like myself is exposure to people who are thinking as broadly as possible,” Linde said.