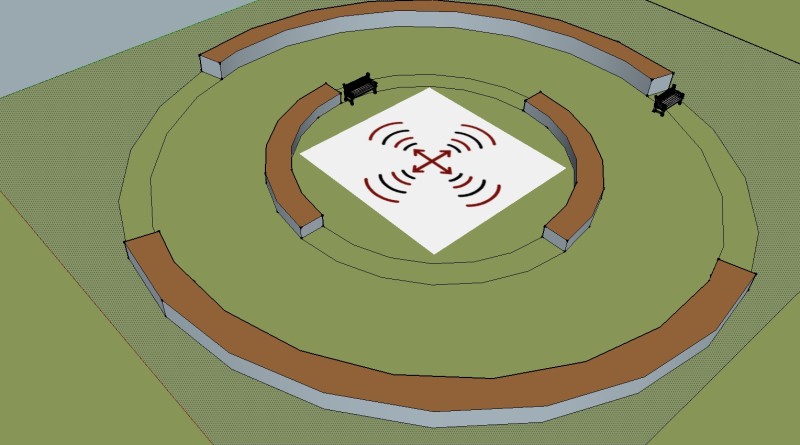 In order to lead the College in campus-wide reflection on recent incidents of hate-speech and harassment the Dean’s Advisory Committee held a Collection last Friday.

Dean of Students Liz Braun, Campus Life Representative Ali Roseberry-Polier ’14, Assistant Dean and Director of the Black Cultural Center Karlene Burrell-McRae, and Interfaith Advisor Joyce Tompkins facilitated, but the discussion lay in the hands of the 50 some students and the faculty in attendance.

Opening the discussion, Roseberry-Polier summarized the incidents that were brought to the attention of the Dean’s Advisory Council. She highlighted three events, derogatory slurs directed at two individuals at Queer Paces Party before spring break, the incident at Pub Nite when the guest of a Swarthmore student proceeded to wave confederate flag, and the homophobic slurs spray-painted on the walls of David Kemp Hall the underpass, and the Ville.

One by one students and faculty stood and spoke.

“We are a campus of issues,” said Haydil Henriquez ’14. “These issues are labeled as LGBTQ community issues, black community issues. We need to start seeing ourselves as one.” As she spoke, Henriquez began to tear up. While she said she doesn’t identify as LGBTQ, she stressed the collective need to put oneself in other people’s shoes.

Residence Assistant (RA) Max Chomet ‘12 said that according to online forums, and what he has heard from students, responses fall into one of two categories.

“One group feels that we should be getting together to create safe spaces,” said Chomet, noting that he is in this group. “And there is another that disagrees, sees individual student concerns as individual problems, and thinks that the school is doing a disservice by protecting students from the ‘real world.’”

Echoing Chomet, RA Julian Leland ’12, noted that he has seen a “marked shift” in the culture of Swarthmore over the past four years, and is concerned. As he sees it, the task of steering Swarthmore back on track lies with the administrators.

Many students expressed frustration and suggested a stronger approach than workshops, advocating for compulsory education in class on diversity issues. Others brought up the need for collective accountability and symbolic action. Many called on administrators for action.

Coordinator of Student Activities Paury Flowers, responded to criticism of the administration’s response. She asked for respect from students, urging people not to demonize or point fingers.

Reflecting on the event, Dean Braun said she was very moved and wants to continue such discussions in the future. She said that the administration is already working on engaging with the Swarthmore township, structuring workshops beyond orientation programs, and offering bystander training.

The majority of responses emphasized the need for collective dialogue. Calls for open, respectful dialogue were counterbalanced by the desire for space where conflict can be more directly engaged. Some raise the concern that at liberal arts colleges, the culture of civil discourse can lead to political correctness, rather than anti-oppression.

Two students from “The Arts and Social Change” class, Molly Feldman ‘14 and John Stevick ‘12, spoke about how their class approached the incidents. They were prompted with the question, “What is a neutral space?” which they discussed and came to the definition “a space all people can claim a right to be in.” In their class, Feldman said they defined community as not just Swarthmore faculty, staff, students but also the Swarthmore township.

The class came up with a symbol to demarcate shared space. The design consists of a four-pointed arrows surrounded by open, concentric circles designed to illustrate community as extending outward without boundary.

“We’re planning on putting it on stickers to mark neutral spaces,” said Feldman. The class is planning to hold a discussion on Parrish Beach April 14th and 15th. The event will be a forum for communication. Stevick said that they plan to familiarize students with their symbol and inspire an all-inclusive community.

One thought on “Community Collects to Reflect on Hate Speech”