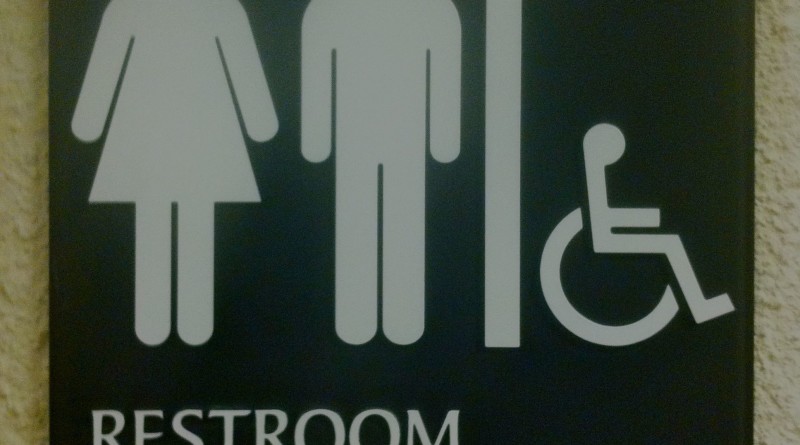 For many, the choice between using a men’s or women’s bathroom is not conscious. However there is a new effort to provide gender-neutral bathrooms for students for whom the choice is not only conscious but also anxiety-provoking.

“There is a population on campus currently uncomfortable with gendered bathrooms,” said Gabe Benjamin ’15, a member of Swarthmore’s Queer-Straight Alliance (QSA). “I don’t think people understand how hard it is for others to be forced on a daily basis to identify with a gender.”

Benjamin said that for students who identify outside of the gender binary, walking into a sex-segregated bathroom involves more than deciding between icons on a door, and confronting such a decision can be psychologically stressful.

Swarthmore currently offers several spaces with private, suite-style, single-use or gender-neutral bathrooms, but now a group of students are working to increase the number of these spaces on campus.

Rebekah Gelpi ‘15, also a member of QSA, is leading these efforts. She and other students approached the Housing Committee and Assistant Dean for Residential Life Rachel Head with their concerns.

“We had these same students come to large-group RA meetings and present their ideas, and the representatives also brought this up at the StuCo-appointed Housing Committee,” said Head.

The suggestions were well-received, and Head said that arrangements to offer gender-neutral bathrooms in additional dorms will likely be enacted as soon as next year.

Included in these plans “will be the option for first-year students to select onto a floor that offers gender-neutral bathrooms. This will be something they indicate on their housing questionnaire,” she said.

For returning students, Head said that floors with gender-neutral bathrooms will be marked in advance of the housing lottery so that students can block or select their rooms accordingly.

“The next step,” Head said, “will be to come up with a definition for what ‘gender-neutral’ means, so that when the new student questionnaires go out everyone should have the same understanding of what the options are.”

Gelpi said she was encouraged by the administration’s willingness to engage students on this issue and implement policies that aim to create safe, welcoming spaces for queer students.

“Providing these positive, safe spaces is really important,” Gelpi said. “Safe spaces come in many different shapes. This is just a potentially different paradigm for that space.”

Gelpi also stressed that due to the opt-in versus opt-out nature of selecting a preference, “it is something that only the people who want it or need it will choose. It won’t have any affect outside of this area.”

Head indicated that at least one floor of Mertz, Willets, Dana and Hallowell will likely have gender-neutral bathrooms next fall.

September 20, 2020 Nicole Liu 0
Do NOT follow this link or you will be banned from the site!