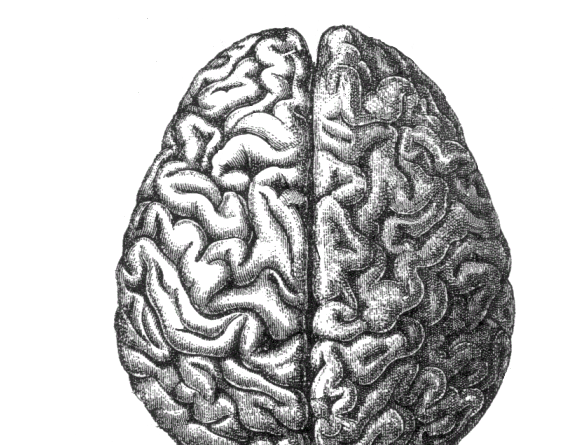 There are many things that make us human – opposable thumbs, the ability to reason, the differentiation of three million base pairs of the genome – and error. It’s a great unifier: all of us, regardless of our standing in the world, spend much of our lives fucking up.

In some cases, I have been lucky enough to view others’ failures from a distance, but most of what I know about relationships has been learned the hard way, by screwing it up terribly before. This is the story of one such mistake.

I started seeing La Freshman last semester. Yes, I swooped. I spent a long time considering my decision before doing so, weighing all the standard anti-swooping arguments against my profound desire to jump his bones. Ultimately, I threw it all out the window and went for it. I still maintain that there is nothing inherently wrong with swooping. I have seen it work for other people. Before this semester, I had always heard it cast in terms of maturity and experience at Swarthmore, but the third, equally important factor is relationship experience.

La Freshman was certainly mature enough, but we were in very different places when it came to relationships. Through my past failures and through this column and the introspection it has provoked, I know that I’m sick of hookups and one-and-a-half month relationships. I want a relationship that doesn’t make me second-guess myself continuously, with someone who will stick around, if not forever, at least long enough for me to learn his favorite food and his middle name. His definition of a relationship was a lot like my definition of a Swat Marriage: a little clingy, endlessly involved in each other’s lives, and highly committed. And he made it very clear that he didn’t want such a relationship.

And, in a slightly more understated way, that’s what he made our relationship into. Within a couple weeks, he was apologizing if he hadn’t seen me for a day and we were spending most nights together. And then, when he realized that he had created the very relationship he feared, he gave me a speech about how he was just incapable of monogamy, but I was great and we should really be friends, and he left.

It’s a very freshman relationship trajectory, and it flat-out sucks. This formula creates a false sense of intimacy and ensures that you stick around just long enough for your partner to become invested, causing maximum unintended damage for the length of the relationship. And man was it successful.

The hands-on relationship we created wasn’t what I was looking for either, but it pulled me in. I was incredibly happy. The commitment seduced me, and I liked him more than I had liked anyone in years. But at the back of my mind, I was afraid of jinxing it. I didn’t want to be invested, because I felt that if he knew, he’d cut and run immediately. That’s also why I didn’t write about it. I was afraid of being the Swarthmore version of Heidi Klum, gushing about their relationship right before it does a Hindenburg-level implosion.

It also made me incredibly pissed when I got dumped. I resented being someone’s relationship test run when I’ve already gotten most of the fundamentals figured out. And that’s when I messed up.

It’s not worth repeating what I did, but suffice it to say that it was verbal (and in private), not something like destruction of property or violence, and it was truly shitty.

When you’ve screwed up, you can never take back what you’ve done. In some cases, you can control the damage and to move forward, but time travel is still impossible, and sometimes when you fuck up, it’s permanent.

What is possible is preventing a mistake before it happens. Usually, when we’re about to do something truly shitty, a part of us knows beforehand that it’s a really bad idea. I certainly did, though I didn’t really know how bad. I just knew that I was pissed.

The best rule of thumb is to treat anger or hurt or sadness or whatever it is that’s fueling your behavior the same way that you would if you were drunk and suddenly had the impulse to do something. Wait it out. Sleep it off. Do something else, like watch a movie or exercise. Talk to someone about what you’re planning to do. Someone who isn’t drunk or equally pissed off. And if you still want to do it after you’ve given it some time and had it okayed by someone in a more rational state of mind, then maybe it’s not such a bad idea.

If you have already screwed up, the first thing you have to do is you have to apologize and you have to mean it. I know that we all learned how to say sorry by the time we left kindergarten, but some people still have trouble admitting their fault, even if they know they were in the wrong. And now that we’re old enough to have a pretty firm grasp of facial cues and tone of voice, most of us can spot a bullshit apology a mile away. Often, saying you’re sorry is really awkward. It leaves you at the mercy of the person you just wronged, but it’s the only way to move on, so put on your big kid underpants and suck it up.

The second step is to temper your own reaction. This part is different for everyone. I happen to be extremely emotive. I was in a UPenn study once that placed me in the 100th percentile for empathy. Sometimes, that’s a positive trait, but it gives me an extreme guilt complex. When I have been an asshole, my mind forces me to live in that moment when I hurt someone. If it was a particularly bad mistake, I won’t be able to sleep or eat for a few days. And of course, it holds onto these moments forever, bringing them out whenever I feel vulnerable.

This reaction helps no one. It doesn’t temper the pain I’ve caused and it doesn’t keep me from being human. It just ends up stacking emotional damage, so that every new error contains the weight of those that came before it, all the way back to the time I peeled paint off the walls of the cafeteria when I was in fourth grade. Some guilt is natural, but it reaches a point where you just have to tell your brain to shut the hell up and move on. I may have burned the bridge with La Freshman, but I don’t flatter myself enough to think that he’s not doing just fine without me in his life. And I’m sure my elementary school principal doesn’t remember me.

Next you have to figure out why you messed up. It’s the only way to keep history from repeating itself. With a little distance, that one was easy for me. Last semester was one of the worst times of my life. I had the glorious quadfecta of family, personal, academic, and health issues, and most of them really hit the fan right after La Freshman dumped me.  It was easier to take all of that out on him than to do nothing. For you, it could be that you hadn’t slept enough or that you’re legitimately pissed and just went too far. Whatever your catalyst is, you have to learn what situations push you to do things that you’ll regret, otherwise you’ll just keep getting involved in land wars in Asia.

And ultimately, no matter what the other person does, you have to just let it go. You have to admit that, for whatever reason, you committed the supremely human act of messing up, and then move on with your life.

7 thoughts on “Serial Monogamist: To Err Is Human”