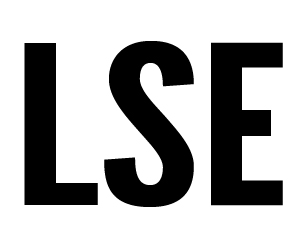 Ever since the Large Scale Event Committee first started running Swarthmore’s annual LSE for the college, the event has become one that everyone on campus looks forward to. But although many of Swarthmore’s students eagerly await the “Welcome Back” concert in January, few actually know about the committee and what the process of choosing the performer each year entails.

The committee is composed of 10 people. Aspiring members are required to fill out a written application and pass an oral interview before joining the committee. Members plan two of the largest events on campus, LSE and Worthstock.

“I wanted to join the committee for professional development and to better represent the campus’ interests,” LSE Chair Shane Ogunnaike ’12 said.  “I think it’s safe to say that my fellow committee members would say the same.”

Indeed, the committee has made more of an effort to represent the campus this year.  Whereas in previous years the committee selected performers based on what it predicted students would be interested in, this year’s members changed the process.

“We are trying to listen to the campus’ interests more directly,” Ogunnaike said.

A survey that was distributed at the end of the last school year gave the committee an idea of what kinds of artists the student body would enjoy.  Initially several candidates were considered based on the survey’s results, including Adele and Robyn, but after considering the campus’ interests, cost, and talent availability, the possible performers were narrowed down to three — Janelle Monáe, Childish Gambino, and J. Cole. Swarthmore students were then invited to vote online for which artist they would like to see perform.

“LSE attempts to bring popular performers for the students’ entertainment that requires larger than sums of money and production than other organizations on campus [such as Olde Club],” Ogunnaike said.

Generally, the performers that the majority of students want to see can cost at least $50,000. Coordinator of Student Activities Paury Flowers, LSE’s administrative partner and supervisor, does the most direct negotiations for the committee. LSE’s funds for the performer each year are a part of the administrative budget.

Ogunnaike explained that the artists can be particularly difficult to deal with. He added that this isn’t necessarily due to the artist itself, but rather because of the talent’s managers and booking agents. Still, from every tough experience, there is something for the committee to learn.

“I have learned that you have to pay attention to all the details when conducting business,” he said. “Also, and probably most importantly, we have the power to simply tell talent ‘No,’ in regards to their demands, which can sometimes be ‘interesting’ and absurd.  In the end, we are paying them.”

0 thoughts on “LSE: The Backstory”