Valentine’s Day is coming on the opposite end of this weekend. As this is a relationship column, I feel like it can’t go unmentioned, but I will have to admit that it’s not my favorite holiday. I’m not a Valentine’s hater, but I would take Halloween or Thanksgiving or even International Talk Like a Pirate Day over it. I just don’t like the way it channels love into commercialization. I’d rather eat mashed potatoes and call everyone a landlubber while dressed like Elmo. I would be pumped for that holiday.

But there are two things associated with Valentine’s Day that I love. The first is Screw Your Roommate. I know, it doesn’t always work out that well, but the sentiment is adorable. It’s the lowest pressure date that you could ever ask for, and it’s a school-sanctioned time to make someone dress ridiculously. And at worst, you have an awkward hour or two dressed like Elmer Fudd or Angelina Jolie. We go to Swarthmore. At least Â¾ of our lives are awkward. At least this time you have an excuse AND someone to blame. How awesome is that.

The first one is really just because I love television and the gooey chocolate chip cookie feeling that it gives me, even when set to terrible background music.

The second is more… interesting. I don’t know how they found these children, but they have some really special opinions about love. This video can’t be embedded, but follow the link: It’s worth it.

I’m not going to even touch on the incest answer, as I’m going to chalk it up to a preschooler liking her family, but I was interested in the number of questions and answers of three year-olds that had to do with marriage. Our culture is obsessed with marriage, from whether to allow it for “unconventional” (read: queer) couples to keeping a tally on the divorce rate. Heck, the way TSwift and BeyoncÃ© tell it, the only measure of a relationship’s success is whether or not it includes the phrase “Marry me, Juliet. You’ll never have to be alone” (“Love Story”, Taylor Swift off her album Fearless, 2009).

Now don’t get me wrong, I like both of these figures. Well, I like BeyoncÃ©. And Taylor’s questionable literary knowledge is a topic for another time. But I feel like this standard is an enormous load of hooey (I am clearly having trouble finding swear alternatives in print). First of all, it implies that 98% of people reading this column have never had a successful relationship. And it devalues any relationship that doesn’t climax in a white dress ceremony with a violin quartet version of Bittersweet Symphony, 200 witnesses, and a cake the size of a Smart Car. I’m not someone to criticize the institution of marriage – it definitely has its place – but this definition of success feels insulting. As if the point of going to school was the diploma you get to put on the wall.

As I was thinking about what my alternate definitions for success might entail, I realized that they’re incredibly non-goal oriented. Obviously from this point on, this will be pure personal opinion, but I feel that a relationship can be successful at any stage and many outcomes, and my opinion will hopefully illustrate that. And I think that a relationship can be successful in some of these categories and not in others. Feel free to disagree and offer alternatives at will. (Hookups are complicated and different and will be discussed in their own completely separate column, probably timed to come out sometime around Genderfuck.)

1. Popping the Dating Question
We discussed the mechanics of asking and how to increase the chances of a positive answer last week, but I feel that the success of popping the date question lies more in being able to get the point across than it does in the answer. This is probably because I have been tricked into saying yes to activities only to find out that the reality of the situation was very different from the question. I’ve also sat through too many ambiguous “maybe-date” situations when I’m not really sure what is going on. And maybe because of that I feel that getting a “no” is much better than a blatantly one-sided date.

2. Date
For me, the success of the date lies in both parties coming to the same conclusion about the possible future of a relationship. Ideally, that would mean that by the end, everyone has stars in their eyes and there’s kissing and fireworks and probably a pony because everyone loves ponies. But a date is just as successful if it ends with both of you concluding that you’re just not feeling it. The worst situation is when one person thinks their date is a mermaid fairy princess soul mate and the other one is calculating the best way to fake sick and scramble out the second floor bathroom window.

3. Naked Time
Obviously, you don’t have to be naked for Naked Time, but I thought that it was a diplomatic way to include the entire range of activity from semi-erotic hand holding to whatever explicit sexual scenario strikes your fancy. (Don’t believe the first category exists? Watch Bright Star and then we’ll talk.) This category seems fairly straightforward to me in terms of success: triumph is yours if everyone is satisfied. Now this doesn’t mean that every sexual fantasy has to be fulfilled. One person might be into or ready for something that the other isn’t, but if that’s respected and a level of general happiness is achieved, then I think you’re good.

4. The Other Stuff
This entails all parts of a relationship outside of dates and the bed/couch/park bench/other locale of choice for your Naked Time. In this arena, success is really all about communication. All couples fight. I don’t know who started the rumor that they don’t, but that person is cruel. In fact, it’s much healthier to fight sometimes – if you never ever have a disagreement with your significant other, even about insignificant things, then your life is probably The Truman Show.

It’s not really about what you fight about, or even how often (as long as it’s not all the time — in that case you need to reevaluate your relationship and whether it is a positive part of your life), but about how these fights are resolved. If they dissipate quickly and both parties concerns are aired and addressed, then you’re golden. If arguments tend to drag out, if they tend to be resolved by one half consistently caving to the other, or if you don’t talk to each other much at all, those are causes of concern and signs of trouble. You should want to be invested in each other’s lives and at least want to hear about them. Otherwise what is holding you together? The Naked Time?

5. Breakup
It seems counterintuitive, but I think that a breakup can definitely be successful. And it’s not about coming out of it immediately feeling the value of your relationship and moving on with no strings. That’s highly unrealistic and probably unhealthy. It is okay to be pissed and think very bad things about your former significant other. It is okay to cry until you’re resorting to stealing toilet paper because you ran out of kleenex. It is okay to feel totally empty for a while. It is okay to clean everything you own or exercise until it feels like you can’t think or eat the pint of ice cream in front of The Way We Were. That’s not really the part that matters.

The part that matters is whether or not you have ultimately learned something from the relationship. It might be that if someone looks, smells, and acts like a douchebag, they are probably a douchebag, or it could be that you need to speak up for yourself more in relationships. It might be that you should never break up with someone by text message again (I hope you already know that’s not classy) or that just because you loved someone, it doesn’t mean that it can withstand any test. Whatever the lesson is, it’s something that you should take to your next relationship so that in the next round, you don’t make the same errors you did this time.

And ultimately, that is the value of relationships that don’t last our entire lives. Because most of our romances won’t. These “bad relationships” make us better for the next person, so that if we find a person to spend years with, maybe married, maybe not, we won’t screw it up. 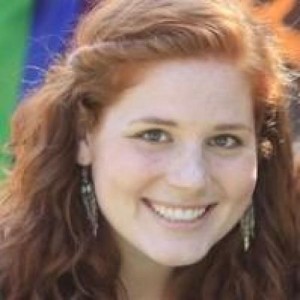