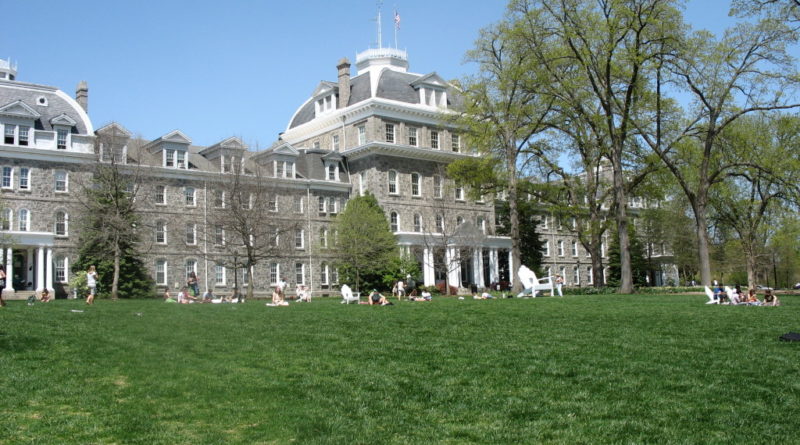 Last week, Students For Justice in Palestine wrote an op-ed in the Phoenix, calling for the college to stop selling Sabra products and claiming the effort was “about more than hummus.” To me at least, the question seems to be less to do with being about hummus, but why hummus. The larger movement efforts like these are associated with, B.D.S. calls for widespread boycotts, divestment, and sanctions against Israel and entities associated with Israel. There is definitely something to be said for criticism of Israeli actions — I certainly think Netanyahu has no interest in a just peace process and that the settlements in Palestinian territory are extremely problematic — but the idea that Israel is uniquely worthy of condemnation, to the point of dictating hummus brand choices, is absurd.
Firstly, the idea that Israel is some horrific sponsor of repression, exceptional or extreme among nations, is wrong on the merits. Israel is the Mideast’s best-functioning (really only) democracy, with strong rule of law, an open liberal society, and vibrant freedom of speech and the press that extend to all its citizens, not just those of Jewish heritage. It also sends hundreds of millions of dollars a year in aid to the Palestinian Authority, of which at least 46 million is paid out by the authority to convicted terrorists and their families, in a very conservative estimate by The Washington Post. If the B.D.S. movement or S.J.P. were seriously concerned with calling Swarthmore to take action against state repression, shouldn’t we be boycotting products made in China, which is an authoritarian police state that violently suppresses unrest in Tibet? At least a little consistency in calling out human rights violations would be desirable. Even if the argument is made that it’s not an either/or, the notable lack of concern for human rights issues in countries other than Israel makes me wonder whether Israel, as I’ll expand on later, is held to a far higher and harsher standard than any other country. And to criticize Israel on the grounds that its creation expelled Palestinian people is certainly legitimate but does nothing to deal with the reality of a stable state that just turned 70.
To be frank, isn’t Hamas in the Gaza strip a far more severe violator of human rights than Israel ever has been? According to Human Rights Watch, Hamas censors speech and print counter to its ideology, uses cruel and unusual methods of punishments such as hanging, circumvents due process, tortured hundreds of Gazan supporters of Fatah, and actively celebrates unprovoked attacks against civilians.
The effect of the boycott is also nil, both to change how Israel acts and to bring more people into the B.D.S. fold. The actual actions that S.J.P. wants to protest, the performance of the Golani brigade in counterterrorism operations, are barely connected to Sabra. Sabra is partially owned by a company that sends the Golani Brigade care packages of hummus. Suffice it to say that if Sabra is pressured to cut off that support, the Golani Brigade will not have difficulty finding replacement hummus, or much care that Sabra is no longer sending them packages. It is Israel, after all. And do S.J.P. and their supporters really believe that stridently protesting hummus packages, essentially saying that any person or entity tangentially connected to Israel should be cast out of polite society, is going to convince people not already ideologically committed to opposing Israel? The whole affair really seems more like an effort to ritually purge the college of unclean Israeli products than any sort of meaningful action.
The stated methods of B.D.S. are also fairly extreme: boycotting all Israeli companies, academic, cultural, and sporting institutions, and expelling Israel from international bodies like the U.N. This is an unfair moral standard that we hold basically no other nation to; North Korea fields athletes in the Olympics and we allow brutal, theocratic dictatorships like Saudi Arabia to not only be in the U.N. but preposterously serve on the Commission on the Status of Women. Their associated movement in some parts of the academy, The U.S. Campaign for the Academic and Cultural Boycott of Israel, is even more problematic. Boycotting government grants of academic events supported by the Israeli state is an absurd way to protest, as if stopping research into, say, Mediterranean wildlife will bring down the Gaza wall. And while the organization says they do not want to ostracize individual academics on account of national origin, they have said on their website that their policies may stop Israeli academics from participating in the larger community, and people setting up academic organizations and events may want to “consider” if Israeli academics really need to participate. In other words, we don’t officially endorse discrimination, but we certainly don’t mind if you do.
I want to be clear that I am in no way accusing S.J.P. of anti-semitism. It’s a charge that gets tossed around far too much in this debate. And I am outraged as much as anyone about the bulldozing of Palestinian homes, the harassment of Palestinian citizens, and the fearmongering and regressive rhetoric of Netanyahu. But the larger movement associated with these actions certainly gets pretty close to the line. And recent events in my home state are concerning. At schools like U.C.L.A., S.F. State, and Cal, as reported by The New York Times, Haaretz, and The Jerusalem Post,  students were excluded from sitting on disciplinary boards because they were Jewish and schools invited speakers who advocated for terroristic violence. Thankfully, Swarthmore seems far from getting to that point. However, the demonization of Israel over basically all other countries, the obscuration of facts on the ground, and the hardline views of B.D.S. hold very little to be commended. And the expectation for Swarthmore, a supposedly non-sectarian and liberal-arts school, to declare that disagreeing with the goals of B.D.S. is morally and intellectually indefensible seems beyond reason.