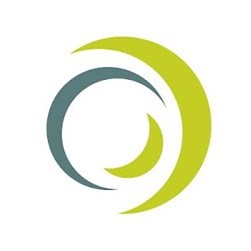 This Monday, representatives from Margolis Healy and Associates (MHA), the outside council on sexual misconduct hired by the college last spring, met with students and members of the Board of Managers to discuss the college’s new interim policy. The panel assembled to answer questions included Stephen Healy and Linda Langford of MHA, as well as Patricia Flaherty Fischette, the college’s interim Title IX coordinator and Kenneson Chen ‘14, the student representative of the college’s Task Force on Sexual Misconduct. Sarah Willie Le-Bretton, associate professor of sociology at the college, moderated the discussion.

Topics of conversation throughout the meeting ranged from criticisms of the ambiguities of the college’s interim policy and judicial processes to a discussion of the various intersections of race, gender, and class as they pertain to sexual misconduct. Summing up her feelings on the campus climate in the wake of the MHA’s intervention last spring, Vija Lietuvninkas ‘14 restated a metaphor she attributed to her classmate, saying “In the spring it felt like we were dealing with an open wound, but now it feels like we’re dealing with an itchy scab.”

This sentiment of unfinished business was reflected in the statements of various students who took aim at the interim policy, criticizing it for its susceptibility to change, potential to discourage reports and overall lack of clarity. Students expressed their concerns that some of the interim policies appeared imprecise with caveats such as “except under extenuating circumstances” that never went on to be explained. The policy was made more unclear by the fact that it remains to be seen which aspects are permanent and which are temporary. Nothing seems to be set in stone as of yet, leaving ample room to alter what has already been changed.

The modifications that have already been instituted by Margolis Healy and Associates have come after research of what MHA described as the three layers of how an institution handles sexual assault: systems, compliance, and culture. The systems component regards the policies, procedures, and people that treat issues of sexual assault on campus; the compliance component is an assessment of how the college has been meeting the obligations laid out by the Department of Education; the culture component is an evaluation of the college community, particularly what factors affect the way sexual misconduct occurs and is treated.

“The bottom line is how students are interacting with each other to create healthy, safe, and respectful relationships,” said Langford. She and Healy agreed that interpreting the culture of the college is the top priority for MHA at the moment. One audience member suggested that she take Healy and Langford through the campus on a Saturday night through various venues, some serving alcohol, some not, so that they could gain greater insight into the party culture at the college.

Langford admitted that MHA’s lack of contact with students has been a shortcoming of the recommendations in that it has inhibited MHA from offering guidance on how to approach campus culture. As of now, however, MHA’s recommendations plan on strengthening the resources for students, including hiring a new Drug and Alcohol Advisor, a counselor for survivors and increasing the educational resources available regarding sexual misconduct.

“We wanted to make policies so that the students aren’t suffering alone,” said Fischette, who is the administrator in charge of all incidences of sexual misconduct described to a reporting campus resource. “We wanted to capture reports through many avenues including student leaders.”

There are currently six student groups on campus to which students can report sexual misconduct, including Resident Associates’s (RAs), Student Academic Mentors’s, Sexual Health Counselor’s, and Sexual Misconduct Advisors and Resource Team members. The panel stressed that these groups are not confidential resources and are by law ordered to report any instance of sexual misconduct brought to their attention.

“If I’m a survivor and I report an incident to an RA, I am reporting that incident to the college,” said Healy.

Some students expressed their concern about this policy, worrying that perhaps student survivors were dissuaded from bringing their case to a non-confidential resource like an RA because of the damage it could cause to the college’s efforts to change. Healy and Langford both agreed that this is an important issue that needs to be addressed further as recommendations continue to be made.

Aside from the critiques of current policy, students at the meeting also brought up the need for increased attention towards the roles of gender, race, and class in sexual misconduct. Many students voiced their concern that matters of diversity were being ignored and that many segments of the community were being alienated in the process of formulating a new policy.

“We are aware we cannot box sexual misconduct off from other issues of oppression and discrimination,” said Healy. “We need to ensure the whole campus’ trust.”

Still, the attendance at the meeting was disappointing to some.

“I am disappointed with the attendance at the gathering, but I see that also as an indicator of the climate and experience that many people have with rape culture, administration, and community on this campus,” said Chen. “I would like to have seen more men and people of color at the gathering.”

By the end of the meeting, the general consensus among panel members and students appeared to be an acknowledgement that though progress had been made, many issues remain unresolved. Many important milestones will occur within the coming months including the finalization of the college’s new sexual misconduct policy, an establishment of investigative protocols with Public Safety, and a full review of the college’s grievance procedures to facilitate easier reporting.

Willie-LeBretten closed the meeting in Quaker form with 30 seconds of contemplative silence.

“We need to take a closer look at this campus and examine what is good about this culture, because a lot of it is, and we need to examine what it is we need to close,” she said. “We know it was the courage of students that really got the ball rolling on this so we want to thank you and honor you for that.”