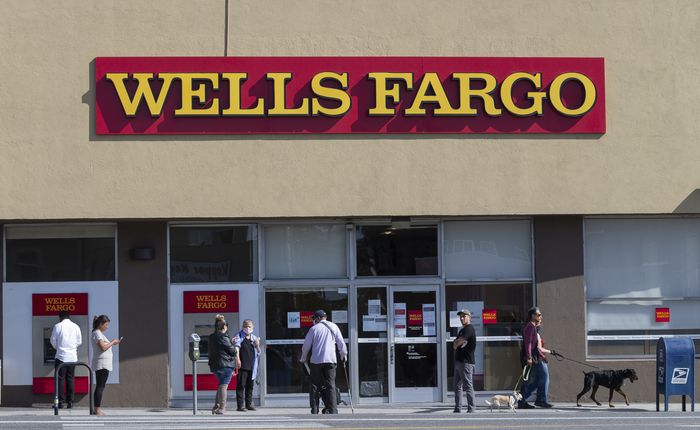 Wells Fargo: Where Did They Go Wrong?

Rule of thumb for business scandals – they get worse after the initial investigations.

A $185 million atonement for “sales practices” morphed into a cascade of scandals that shook one of America’s largest banks to its vault.

Wells Fargo is a multinational financial institute and considered among the top five banks in the United States. Like all banks, it essentially makes money by lending out at a higher rate than it borrows. It does so by providing a range of services including banking, investment, mortgage products, and consumer/commercial finance through over 7,200 locations, 13,000 ATMs, online and mobile banking.

Wells Fargo has been in business for almost a century. That’s a lot of time for the banking giant to grow its influence… but also a lot of time to make some serious mistakes.

Here’s where it went wrong.

In finance, there’s a concept called “bad bank”. An idea originating in the late 1980s, a bad bank is a special type of financial institution (or just a separate entity from a bank) that buys “bad debtors” of a bank at market price as an attempt to recover the debts by itself. The bad bank takes over a portion of the debts that are recognised as non-performing assets and hence removes this from the “good” bank’s balance sheet.

It started in September 2016, when Wells Fargo turned heads by announcing they had fired 5,300 workers over several years for creating millions of fake bank accounts. In the aftermath, then-CEO John Stumpf was fired and even banned from working in a financial institution again. In the following days, Wells Fargo set off on an image rebuilding marketing campaign which started with them discarding the wildly unrealistic sales goals that had led to the employee malpractice, hiring respected Elizabeth Duke to lead its board and concluded with new CEO Tim Sloan (stepped down since) who vowed to uncover the dark past.

America’s third-largest bank can’t seem to catch a break as a host of other scandals seem to be continuously emerging.

The not-so-pretty picture of a bank that has repeatedly abused its customers.

Beyond opening an estimated 3.5 million unauthorized bank and credit card accounts, Wells Fargo was found guilty of charging customers for unnecessary mortgage fees and forcing them into car insurance and even pet insurance that they didn’t fully understand. Further, since 2016 Wells Fargo has set aside $285 million to refund foreign exchange and wealth-management clients for incorrect pricing and fees. Worse, in early August 2018, Wells Fargo said it was “very sorry” for a computer glitch that caused hundreds of people to have their homes foreclosed on. And then the bank discovered that some workers altered documents about business customers — a finding that sparked a Justice Department investigation.

The most recent lawsuit claims that Wells Fargo defrauded 771 customers on FX transactions. FX refers to the international trade in currency: a complex market where money is made and lost in a constantly shifting array of selling and buying. The bank systematically charged customers higher markups than the MTB -1% foreign exchange that they represented they would charge, and concealed these overcharges through various misrepresentations. According to court papers, many of the customers were small- or medium-sized businesses or federally insured institutions.

Wells Fargo also faces lawsuits and other legal action from former and current employees who alleged that they were retaliated against after raising questions of sales practice misconduct issues. Furthermore, almost half a dozen Wells Fargo workers told CNNMoney in 2016 that they were fired after calling the bank’s ethics hotline.

Since then, Wells Fargo has paid $72.6 million to settle a government lawsuit accusing the bank of defrauding hundreds of commercial customers. Amidst this, the bank admitted to overcharging 771 businesses on foreign exchange transactions from 2010 through 2017.

As of Sunday, September 12, 2021, according to CNN News, as part of the total $3 billion settlement, the bank has agreed to pay restitution to customers as a first step in an effort to improve its practices. The delays in this process, however, have led to federal regulators slapping Wells Fargo with yet another fine for failing to move fast enough to compensate customers victims to the bank’s “unsafe or unsound” practices.

The Importance Of Brand Reputation, 20 Years To Build, Five Minutes To Ruin.

In the ICCO’s World PR Report, which details the views of public relations companies for the forthcoming year, we can see the statistics of how tightly reputation and business are related.

Since 2016, Wells Fargo has seen its business and reputation freefalling.

With bottom-line growth stalling and its reputation tarnished, the bank has remained in the penalty box.

“Wells Fargo is still trying to sweep up broken glass — but they’re finding it all over the place,” said William Klepper, a professor at Columbia Business School.

Tayan (2016) pointed out that, for many years, Wells Fargo has enjoyed a reputation for sound management; in fact, Wells Fargo emerged from the 2009 crisis with perhaps the best reputation of any of the major retail banks. Its image was that of a bank that had avoided many of the worst errors of other banks and had thrived on meaningful customer relations and focused sales efforts.

In startling contrast, a year after news of the scandal broke, new credit card applications in the fourth quarter of 2016 were down 43% and checking account openings fell by 40%. The public’s refusal to give its business to the bank is the surest indication that Wells Fargo  had been compromised in the eyes of the public.

In a statement to CNNMoney, Wells Fargo claimed to be focused on closely examining the company, fixing issues it found, and making things right for all of their stakeholders. The bank highlighted its progress by completing an exhaustive third-party review, revamping its sales goals, and reaching a $142 million class-action settlement with customers.

Still, Wells Fargo’s stumbles have left its stock price firmly behind those of its rivals. Although Wells Fargo has risen 16% since the scandal erupted four years ago, this increase pales in comparison to Citigroup’s 47% (C) and JPMorgan Chase’s 70% spikes (JPM) in the same timespan. Similarly, yet another rival, the Bank of America, (BAC) has nearly doubled its stock as well.

What was the driving force behind the decisions that caused the misstep?

How could a bank with such a well-established reputation have fallen into the trap of scandal? It is their excessive emphasis on cross-selling – for years, Wells has been known as a profit-making machine, based in part on its aggressive sales culture. You could draw a parallel to excessive homework leading to higher cheating rates. Branch managers and employess were encouraged to achieve sales quotas through financial incentives including 15 to 20 percent bonuses to their salary. The pressure to meet these sales goals subsumed the bank’s ethical culture.

What processes could have led to a better outcome?

Interestingly, the processes that led to the scandal were at odds with Wells Fargo’s

existing mission and ethical statements. According to Verschoor (2016) in his article “Lessons from the Wells Fargo scandal,” he postulates that had senior management been more involved with the employees required to discharge these sales goals, they might have caught on to and identified the problematic nature of the goals before they became a major problem.

The larger upsetting implications to the public

The financial services industry is highly dependent on public perception of trustworthiness. For this reason, the scandal was far more damaging to Wells Fargo than it might have been to a business in another industry.

“As a bank customer … my reaction was one of horror. I never want to think about whether I have to trust this bank. I never want to go hunting for weird charges [on bank statements], ” said a Wells Fargo customer interviewed by Lisa Cook, a professor of economics at Michigan State University.

Although banks, like any other business, exist to make profits, they are also expected to be responsible stewards of depositors’ assets.

When it comes to attracting new customers from the millennial generation, Wells Fargo’s scandal could not be timed any worse. Millennials, already suspicious of traditional ideas surrounding banking, are doubly unlikely to entrust their money to an old-fashioned bank with a history of scandals such as Wells Fargo.

One thought on “Wells Fargo: Where Did They Go Wrong?”