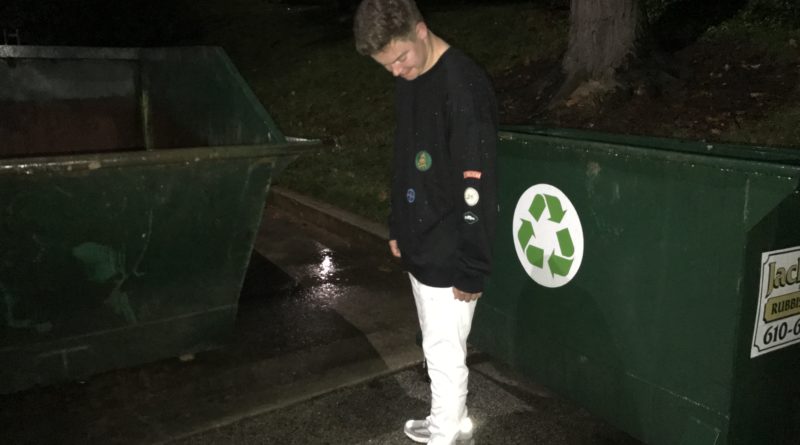 When I enter Pete’s room on the north side of Willets first, there are bolts and furniture frames scattered all over the floor. Pete Miklas ‘20 has just returned from Ikea, a trip he had been dying to make since move-in day. It is clear he is breaking a sweat assembling this new couch, but when I ask why it is worth the effort, he easily justifies the hard work with a simple, “It’s aesthetic.” A nondescript answer, but with a certain je ne sais quoi about it that just makes sense.

Though Pete is a native of small-town White Lake, Michigan, hundreds of miles away from any major fashion capital in the country, he likes to think he knows a thing or two about aesthetic, implementing this awareness of appearance and its effects into his everyday lifestyle, especially when it comes to fashion. But to describe this aesthetic– now, that’s another story. His sense of style remains intentionally ambiguous. “The way I dress,” he states, looking thoughtfully at his wardrobe.“I want it to be hard to define.”

However, being inarticulable does not translate to being unrecognized. The name tag on his door reads “Clout God Miklas”, an homage to his notoriety concerning his apparent near-omnipotence in the realms of high fashion and streetwear among those in his circles.

Why exactly do so many people look up to him? According to Steven Fernandez ‘20: “Because Pete’s a hypebeast, that’s why.”

While the “hypebeast” title is a compliment to some, Pete actually takes some offense to the label. “I think I know more than Bape and Supreme,” he says. To him, fashion extends far beyond sporting skate and street brands. It requires genuine skill, an understanding of how to incorporate contrast into a cohesive look. “Your talent comes through when you mix stuff. Wearing a full Bape camo sweatsuit– that doesn’t require any creativity. It’s just showing you have money.”

As someone whose closet is well-stocked with considerably expensive brands like Stone Island and Raf Simons, Pete is no stranger to financial criticism surrounding his choice of clothing. “It’s hard to separate the look of clothes with the statement of the price. It’s a socioeconomic thing,” he says. It’s this awareness that draws Pete to take interest in knockoffs– satirizations of popular brands that are blatantly fake (not to be confused with dupes, which attempt to pose as the real thing). These knockoffs are typically created by small artists, like Ava Nirui (@avanope) as a niche, tongue-in-cheek expression against the fashion establishment. Combined with the more high-end pieces in his wardrobe, these items help contrast each other to create a provocative dichotomy.

Pete hopes to join their ranks himself, with a collection of screen printed items in the works, set to launch in mid-October. While styling can be difficult at times, designing is a far greater challenge. “As you’re designing, you stop liking your work if you wait too long, and there’s just no way to avoid that. You just need to get your stuff out there as soon as you can.”

It’s not just a quick turnaround that’s essential in designing streetwear, but also a solid instinct you can trust, and when it comes to Pete, it’s clear there’s no shortage of the latter.  If you spot him on campus this semester, pay close attention to the designs he’s wearing– one day, they’re sure to be some of his own.