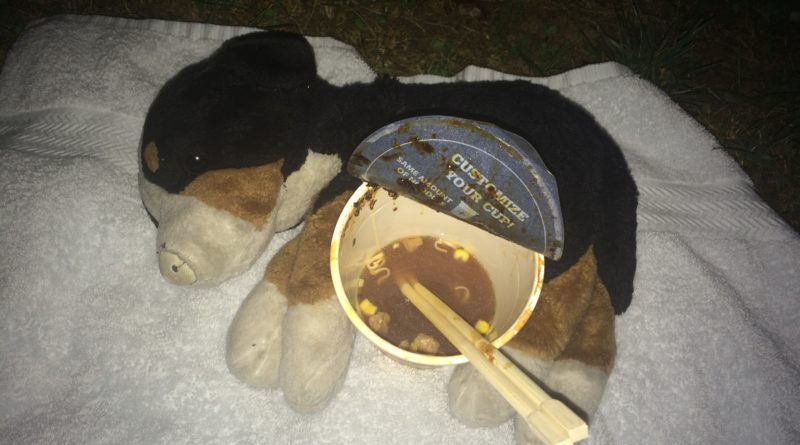 It was a beautiful night: the sky was clear, the stars were shining, and there was free food for all students who braved the extensive lines for the Mr. Softee and Cupcake Carnivale trucks. The seniors were hyped. The freshmen were bewildered. The sophomores and juniors were vastly underrepresented at this event.*

My stuffed dog, whom I’d brought along with me, curled up around a cup of instant ramen for warmth. All around me, fellow frosh wondered why screening The Graduate is a Swat tradition whilst seniors lounged imperiously on the Adirondack chairs they’d commandeered. Someone started passing around a Chinese takeout container with dubious contents. It was 8:58 p.m. and the anticipation, like these two intro paragraphs, had dragged on for way too long.

Finally, the Clothier bells rung out the hour and the movie began to play. Simon and Garfunkel’s first lilting chords filtered in…

Thus, for the first of many times that night, I found myself thinking: what the fuck?

Allow me to explain. I showed up for the screening not knowing anything about The Graduate except that Dustin Hoffman is in it. I didn’t expect Mrs. Robinson to seduce Benjamin Braddock within the first 15 minutes; I couldn’t possibly have foreseen Benjamin falling in love with Elaine and then literally stalking her until she agreed to “maybe” marry him. Most of all, I had no way of knowing that the seniors would repeatedly yell out their class year at unpredictable intervals. Needless to say, my thought process throughout those two hours oscillated regularly between “I don’t know what is going on” and “Holy crap, Anne Bancroft is hot.” It was weird. It was funny. I loved every moment of it.

From a senior’s perspective, the annual screening is like a coming-of-age ritual. As Tom McGovern ’17, who said I could quote him on this (but probably didn’t expect me to really do so), so eloquently put it: “It’s a bonding experience, like, I don’t know you, but I know you’re a senior, and I’m going to yell ‘seventeen’ and you’re going to yell it back at me. It’s like when you’re playing Pókemon Go and you see someone else who’s clearly catching the same Caterpie as you, and you do the cool head nod thing and… yeah.”**

Most of the emotional impact was lost on me, as I have 4 years at Swarthmore to look forward to rather than 3 years of memories to look back on. Nevertheless, it is difficult to watch a film like The Graduate and not pick up on its more overt implications. Not that all future Swat graduates are destined to be seduced by an older, married woman—then again, who knows, some of us may one day find ourselves in that position—but it is a very real possibility that, when asked what our post-college lives are shaping up to be, we will pull a Benjamin Braddock and answer, “I don’t know… I want it to be… different.”

From childhood, we have had our lives mapped out for us. Preschool, elementary school, middle school, high school, college, and then the academia abruptly cuts out and we lose the familiar structure of education. Should we go on to grad school? Should we look for a job? Get hitched? Float around in a pool all day, sipping on a can of beer? The possibilities are endless.

Some people know what they want as soon as they graduate and some have no idea whatsoever. And you know what? That’s perfectly okay.

My roommate, Gina Goosby ’20, summed it up best when she said, “No matter what stage of Swat life you’re living, [The Graduate is] applicable to you. If you’re a senior, it’s like, that’s going to be your life a year from now; if you’re a freshman, that’s going to be your life four years from now. Losing direction in life can make you do some crazy stuff, stuff that you never thought you would’ve done. It’s kind of eye-opening, but also kind of scary.”

So, go on, Class of 2017! Enjoy your last year at Swat, then go be the change you always wanted to be in this world—or go on and lose your direction, be scared, find your one true love, and write your own happy ending. Success can be whatever the hell you choose to define it as, and unlike homework assignments, it doesn’t have a deadline. It might not come in the form you expected it to be, but it’s out there, just waiting to hit you square in the face like a proposition from your father’s business partner’s wife.

*The consensus seemed to be that watching The Graduate 4 times in as many years was kind of overdoing it. I can’t say I disagree.

**Quote may have been paraphrased slightly due to the fact that we were standing in line for the shuttle and it arrived as he was saying this, so I had to wait till we got back to ML to write it down, and I think I got most of it right, but it may not be 100% accurate. I did manage to scribble the Pókemon Go part on the back of my hand before getting on the shuttle, though—that bit is verbatim.