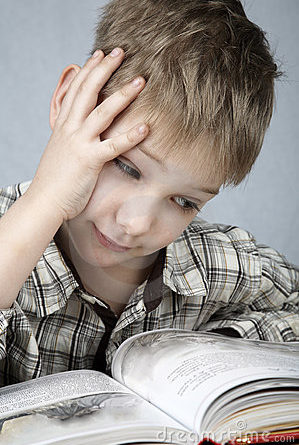 We’ve all encountered this type of writing. History students like me have it bad, although my literary friends are uniquely victimized. Every reading assignment, it seems, is replete with convoluted text. I’m sure most of us have asked ourselves at one time or another, “Why does it have to be so thick? Why can’t these writers just say what they mean?” First of all, complexity might be the author’s only choice. In the sciences, philosophy, and linguistics, jargon is unavoidable. Even in cultural analysis, thorny topics need thorny terms. But the poor writing I’m referring to is totally avoidable and totally widespread. The disciplines it has most damaged reside, sadly, in the humanities. The rich traditions of literary and cultural theory have been almost incurably corrupted.

The offending authors exhaust every possible variation of “conception,” “tendency,” “empirical,” “framework,” “objective,” “phenomenon,” “hegemonic,” “relative,” “structure,” “social,” “culture,” and the words whose absurd overuse makes me cringe every time, “contemporary” and “institution.” What’s most frustrating is that these aren’t bad words at all. “Hegemonic” is one of my favorites. But in academia they usually muddle rather than clarify.

Why is the situation so dire? Here are some possibilities: it’s a habit academics have been taught and can’t break; they’re not thinking clearly (but want to sound smart), so they hide behind indecipherable verbal sorcery; and they want to make unscientific disciplines sound scientific.

First let’s look at two examples. When I open my comparative politics textbook at random, here’s what I find: “While we are sympathetic to the arguments that students of democratization have been biased as a result of their selective attention to indicators of democratic development and their pronounced tendency to ignore alternative interpretations, we think that the decision to counter these problems by focusing on the many ways authoritarian leaders are strong, creative, resilient and the like suffers from serious biases as well.” This is one of many mouthfuls on that page. The author could easily have written: “Some are too quick to interpret as a seed of democracy what could be another sign. However, we think that the response to this problem — studying dictators’ strength, creativity and resilience—is also biased.” Still, the original isn’t horrendous. It’s about average — comprehensible, if you read it two or three times, but boring and thick.

The most gelatinous swamps of academic writing ooze from the fields of literary and cultural theory. Consider, for instance, the following passage from a 1997 article by Judith Butler: “The move from a structuralist account in which capital is understood to structure social relations in relatively homologous ways to a view of hegemony in which power relations are subject to repetition, convergence, and rearticulation brought the question of temporality into the thinking of structure, and marked a shift from a form of Althusserian theory that takes structural totalities as theoretical objects to one in which the insights into the contingent possibility of structure inaugurate a renewed conception of hegemony as bound up with the contingent sites and strategies of the rearticulation of power.” I’m not going to try to translate this into a decent sentence, because frankly I haven’t the faintest idea what it means. I’ve studied structuralism; I’ve studied social relations; I’ve read some of Althusser’s work on structural Marxism, but no amount of background or education can rescue this morass from itself. Incidentally, this same specimen won Philosophy and Literature’s Bad Writing Contest in 1998.

Not everyone who writes badly has bad ideas. Often behind the mangled sentences lies real quality. But academics are taught by other academics, and thick prose is an old tradition. When I write essays, I find myself slipping into this style because professors react well to it. Unless you actively stop yourself, the vague phrases keep coming back, a “packet of aspirins always at one’s elbow” as Orwell called it. These writers have succumbed to the aspirins, overdosing every time they produce a sentence. For professors at Swarthmore as elsewhere, direct writing betrays a simple mind.

But sometimes writers don’t know exactly what they want to say, so they resort to complication. If you want your reader to understand your thoughts, you should try to express yourself as clearly and coherently as possible. A reader is not entitled to an immediate understanding of an idea, but he or she is entitled to a sincere effort from the author in conveying it. I’m no admirer of The Communist Manifesto, but it’s a masterful piece of prose. It’s written in a sharp manner that lucidly condenses difficult ideas. A single reading of the document is enough to provoke lively debate. People can easily with engage the Manifesto’s arguments because Marx and Engels don’t hide behind rhetorical smokescreens. On the other hand, take someone like Derrida, who has a special reputation for density. I don’t think that deconstruction is any more complicated a theory than historical materialism, but Derrida articulates the former so opaquely that even now it’s still shrouded in a nebulous mist shielding it from a really gritty debate.

On another note, I have a feeling dense writers in the humanities harbor a secret inferiority complex about the natural sciences. Culture, literature, and even sociology do not have iron laws like those of physics, but treatises in these fields habitually imitate scientific writing. Butler’s “structural totalities as theoretical objects” tries to compete with “resonance structures as part of valence bond theory.” Such phrases hope to equate the humanities with the sciences, not in essence but in appearance. I think this is a foolish effort. It’s arguable that history and linguistics are technical disciplines, but I find it unnatural and wrong to view culture and literature in such terms. The humanities aren’t inferior to the sciences, but they just aren’t the sciences. There’s no need to pretend otherwise. Everyone would laugh at a dog that meows.

Denis Dutton argues that readers have “natural humility” when reading: that is, if they don’t understand a text, they’ll assume it’s because they aren’t intelligent enough. So when you’re forced to sludge through some academic magician’s dissonant incantations — as we all do every day—don’t think that if you don’t understand, you’re stupid. You’re not stupid; you just want the writer to show a little gratitude for the time and energy you’ve spent wading through his or her thoughts. And just as you groan when you meet a particularly dull gem like “subjective considerations of institutional hegemony,” try your best not to inflict this suffering onto others. When we think in our minds “If a country wants to change for the better, its government and people have to work together,” we should resist the urge to write, “If a country wishes to fundamentally transform its social order, it must necessarily include both its citizenry and administrative institutions in the transformational process.”

English is beautiful and alluring. Borges thought that the English language is one of the world’s finest because of its euphony and rich vocabulary. I don’t object to long words or complicated sentences; these can be put to good use. But the aim of academic study is to discover truth and express it. If we put the “verbose nature of contemporary stylistic tendencies” on trial, we’ll see that it’s just wordy writing.

3 thoughts on “The dissonant muse of academic writing”