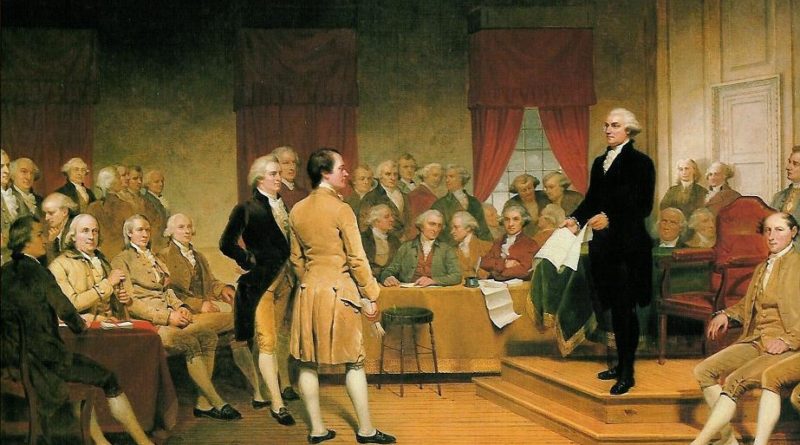 “Swarthmore students tend to have a lot more confidence in experts than in society,” a professor of mine commented a few weeks ago. My experience has proven him right: many people I’ve talked to at Swarthmore are inclined to rely on well-educated thinkers to manage parts of society. On its face, this faith in experts can be attributed to the fact that educated people have a greater understanding of certain concepts than those without training or expertise, and are thus better equipped to implement policy. A thorough evaluation reveals that this faith stems from one of two sweeping ideas of life proposed by Thomas Sowell — the “constrained” and “unconstrained” — which underlie more than two centuries of political philosophy. Intellectual binaries can be simplistic, but Sowell vividly explains the core disagreement in most of Western politics. I will summarize the two visions and describe why I identify with the first.

The constrained, or “tragic,” vision consists of the belief that man is inherently flawed and that there are certain constants about his character. Human beings are naturally and unchangeably self-centered, and man’s ability is limited. In the constrained vision, morals, nobility and goodness are fabricated guides for behavior — “social constructs,” to use the tired phrase — developed to keep order among people. Morality takes advantage of humans’ desire for a positive self-image and inner peace: one man might not intrinsically care for his neighbor, but if there is a personal benefit to caring for his neighbor, he will do so. The vision relies on incentives rather than dispositions.

This system was developed over time as a compromise, rather than as a solution, to the problem of human selfishness. The constrained vision approaches society in a similar manner: the best social order is a system of incentives which harnesses self-interest to advance the collective. While the vision values customs, it does not view civilization as static. Friedrich Hayek asserted, “Tradition is not something constant but the product of a process of selection guided not by reason but by success.” To the constrained thinker, the costs of forcibly changing society almost always exceed the benefits. Moreover, no person is knowledgeable or capable enough to effectively overhaul institutions embodying the choices of millions of people. The unspoken wisdom of tradition is more important to this vision than the articulated wisdom of a learned upper class.

An equally vital principle of the unconstrained vision is that some people are farther down the road to enlightenment than others. It is thus the responsibility of these rational citizens to control, plan and regulate society such that the rest of humanity can be taught virtue. Here the role of “experts” comes in. An educated elite that “knows better” than the masses, that is skeptical of traditions that “restrain” human progress, seeks to change society through the power of reason. Costs, though lamentable, are secondary to the realization of ideals.

The pages of history are littered with failed attempts to apply the unconstrained vision to government and policy. In the French Revolution, a group of elites did its best to tear down tradition, pursuing a policy of “dechristianization” in favor of the “Cult of Reason.” Despite the fact that the Revolution relapsed into state-sponsored mass murder, the famed rationalist thinker Nicolas de Condorcet found its ideology “pure,” which trumped all else — costs were irrelevant to the revolutionary government; for Robespierre, the reign of terror was just a bloody step toward the time “when all people will have become equally devoted to their country and its laws.”

If the French Revolution was an extreme of the unconstrained vision, communism is its ultimate extreme whose very foundation reveals an agenda of human perfection. Communism is a case-in-point example of governments’ reliance on technocratic experts to direct the actions of a population. In practice, socialist policy is applied by a small group of central planners who “know better” than the people over whom they preside. But millions died in Soviet collectivization drives to seize private land and communist governments are now infamous for “reeducation” camps, brutal purges of “undesirable elements” and attempts to brainwash citizens to abandon selfish impulses in favor of the collective. These harsh policies are not happenstance — they are the edge of a belief in human malleability.

The intellectual path of the American Revolution, however, followed the constrained vision. Alexander Hamilton wrote in “Federalist #15,” “Why has government been instituted at all? Because the passions of men will not conform to the dictates of reason and justice without constraint.” The Constitution is famous for checks and balances which limit the power of assemblies and individuals. At its inception, the state did not attempt to overhaul existing economic and social systems. The combination of democracy and restrained government has made the United States one of the world’s most successful states.

There is nothing intrinsically wrong with a government staffed with educated people. It is rather that when the elites try to oversee massive social projects, they regularly simplify the nuances of local life into bureaucratic abstractions. In his 1998 book “Seeing Like a State,” James C. Scott discusses the clumsy efforts of states to scientifically “standardize” farming, forestry, housing, ownership and resource extraction, to name a few. Because the state concentrates on particular goals, such harvesting x number of trees or building y number of houses, it tends to ignore the costs of upsetting an organic, intricate and “unscientific” network. State projects often meet furious resistance from the people they purport to help. Scott’s research confirms that social systems are “the jointly created, partly unintended product of many, many hands. To the degree that authorities insist on replacing this ineffably complex web of activity with formal rules and regulations, they are certain to disrupt the web in ways that they cannot possibly foresee.”

This isn’t to say that the state is unable to change some things for the better or that there is no value in regulation. But seldom does a group of technocrats improve the human condition by destroying traditions it finds inadequate. I would recommend that Swarthmore students be less skeptical of the telephone directory and more skeptical of the long list of experts offering their plans for humanity. There really is only so much one can do.